Ranking the Best Months to List Your Home in Sudbury

So you live in Sudbury (good choice by the way) ..and you have a house to sell (even better), but you’re wondering when the best time of the year to list your home is. Well, some may not have the luxury of deciding. Work, family, and other circumstances may force your hand as to when the “for sale” sign hits the lawn, but for those who have a choice, here’s a breakdown.

To muddle things, there are pros and cons to virtually any time of the year – for example, one could argue that listing in January limits the competition, when approximately half the average number of listings hit the market. But for the purpose of this list, let’s stick with the hard numbers, compiled with 10 years of data in the Sudbury market.

For clarification the numbers in brackets represent the +/- vs the monthly average.

Logic: June boasts the highest number of sales with an average of 252 over the past decade. It also has a reasonable 503 listings, meaning that the competition is a bit less fierce compared to other heavy hitting months. Although sellers only gain 0.3% on their final sale price, if you’re looking to get your house sold, June is the way to go.

A (very) close second: May

Logic: You could easily argue that May should be at the top, simply due to the fact that sellers gain 0.6% more on their sale price (vs 0.3% in June), but the slight drop in number of sales, and the increased number of listings to compete with give June the slight edge.

Logic: It’s very important to aim for the beginning of the month with July. As the calendar moves to mid-summer, many Sudburians are distracted with holiday time. Still, with a lower number of new listings, and a respectable number of sales, July certainly isn’t the worst time to list.

Logic: April is very weather dependent. A warm month could mean a massive influx of buyers hitting the pavement. If old man winter sticks around longer than usual, you’ll likely have a p*ssed off bunch of Sudburians who don’t want to leave the house. So keep an eye on the thermometer, if it’s above seasonal, it might be worth trying to be the early bird.

Logic: A lower level of listings typically hit the market in August, mostly due to Sudburians kicking their feet up near one of our 330 lakes. Still a strong number of buyers out and about though, so there are worse options than listing in August.

The Middle of the Pack

Logic: A bit less busy than average, but significantly fewer new listings, and still an average sale price make March a good choice, particularly if you get an early melt. Shoot for the second half of March (post Spring Break) and you should be just fine.

Logic: A good number of sales typically occur as vacationers start to return home for the fall, and kids get back to school, however the below average sale price could be attributed to listings that have sat over the summer months.

Logic: Probably the last full month before many buyers move into winter hibernation, and distracted by tinsel and overcrowded malls. October offers a decent opportunity to get your house sold before the snow flies, with a slightly above average number of sales, and a limited number of new listings clogging up the market.

Logic: The beginning of November is usually moderately busy, but the back end really calms down. The numbers show that seller still get their price, more or less, but there’s a significant drop in number of sales in this month.

Logic: It’s cold, so make sure you’ve got somewhere warm and inviting to offer refuge to potential buyers. If you’re willing to wait just a bit longer than usual to sell, the end of February can offer an opportunity to snag a buyer that is anticipating an early spring market.

Logic: After the holiday hangover clears out, folks are generally focussed on paying off bills, hitting the slopes, and going somewhere slightly warmer.

Logic: Nobody wants a house for Christmas?? Statistically the worst month to list by far, with the lowest number of sales, the lowest sale price and an extremely low amount of new listings. But can you blame ’em? It’s such a magical time of the year!

Howdy bhrugesh, You recently requested to have the administration email address on your site changed. If this is correct, please click on 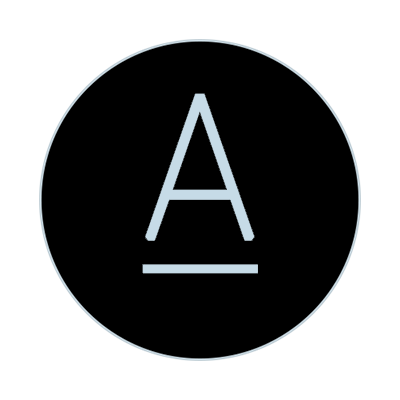 This site was hand crafted by Adam Haight © 2023